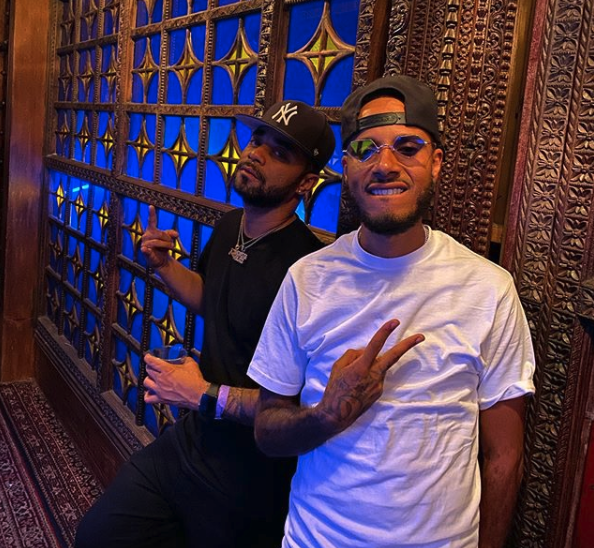 At first glance, the album cover is pretty simplistic. But that’s not the case. The word (and title) ‘funeral’ sits on a white background, but when you flip it (or turn your head) upside down, the word is actually an ambigram that reads ‘lil wayne.’

As soon as the album dropped, I checked it out and immediately pointed out a few faves (“Dreams,” “Bing James,” “Know You Know,” “Harden,” and “I Don’t Sleep,” to name a few, so far). The album is lit, IMO, but the most lit part about Funeral is that it features two super talented producers from New Orleans. John “Jean Lephare” Fitch and Daryl “DeeLow Diamond Man” Harleaux make up the producing duo known as MonstaBeatz. The pair has two songs featured on Funeral — “Wild Dogs” and “T.O.” featuring O.T. Genasis.

Both Deelow and Jean took to Instagram to announce that they made the album. Deelow even dressed up for the occasion. In a video posted to Instagram, wearing a “tux,” the rapper/producer gushed about making the album while holding a bottle of champagne. “We all the way up, baby. Good lawd!” he exclaimed as he concluded the video.

He also posted a video of Skip Bayless pulling up to Super Bowl festivities in an SUV blasting “T.O.” Lil Wayne recently appeared on an episode of TIDAL’S Car Test with Elliot Wilson where “WildDogs” was featured during their car ride.

A few months ago, I sat down with Deelow to talk about what he’s been working on (interview coming soon). During the convo, he mentioned hoping that at least one of MonstaBeatz’s songs made the final cut for Funeral. Well, let me be one of their many proud friends to scream CONGRATULATIONS on getting not one, but TWO songs on the album. Funeral is out now and available on all streaming platforms. In case you haven’t heard “Wild Dogs” or “T.O.” ft. O.T. Genasis, listen up:

What’s your favorite track on the album? Tell me in the comments and SHARE this article!

Master P’s Rap Snacks to Be Sold in...