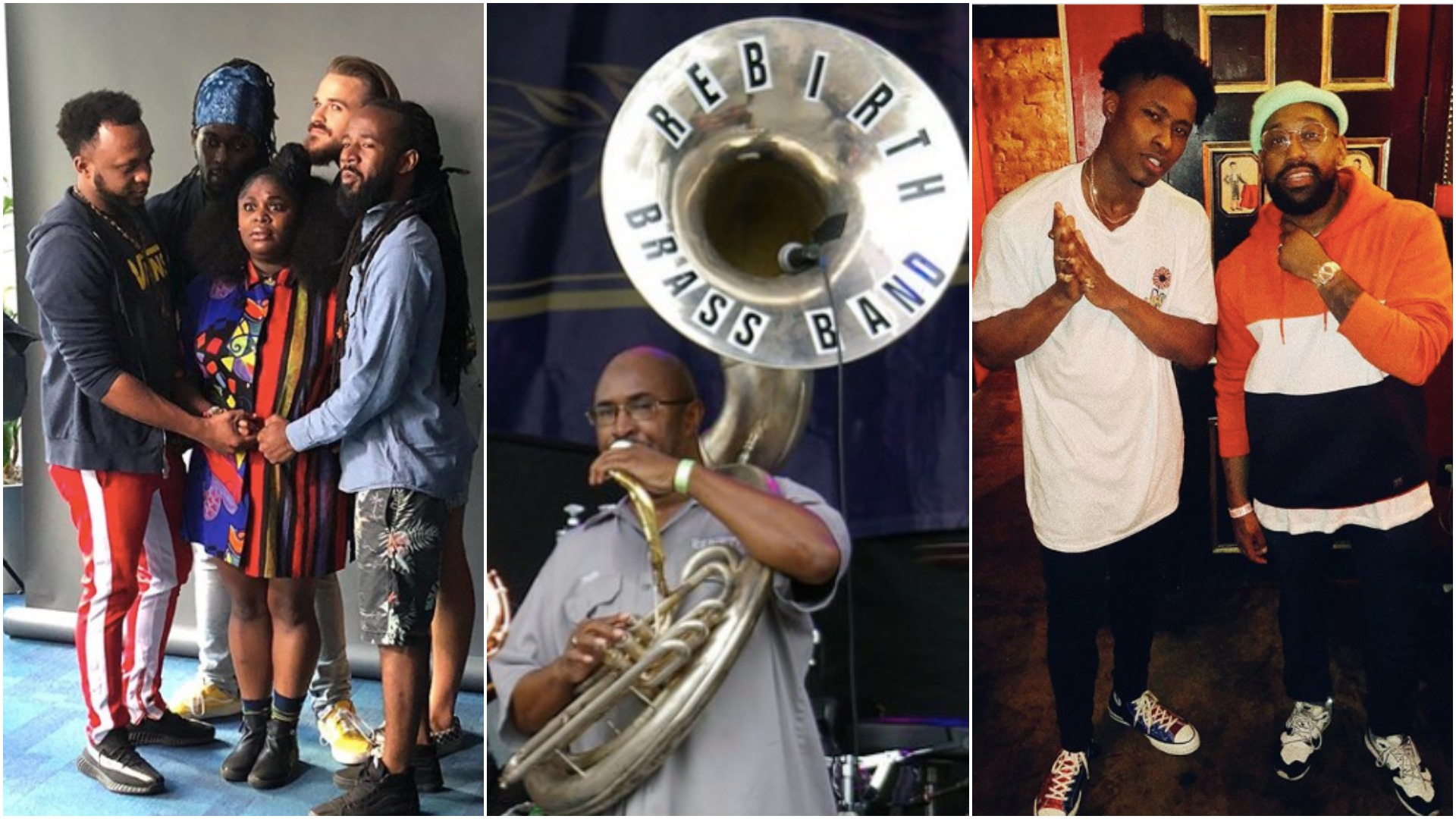 Congratulations are in order for multiple New Orleans artists who have been nominated for Grammy Awards. On Wednesday (Nov. 20), it was announced that New Orleans’ own Rebirth Brass Band, PJ Morton, Tank and The Bangas, and Lucky Daye received Grammy nods. The musicians took to Instagram to announce the news.

“Words can’t describe how it feels to be nominated for a Grammy this year in the “Best Regional Root’s Album” category!” the caption read on Rebirth‘s Instagram page. The group is nominated for their album that was recorded live at the 2019 New Orleans Jazz Music & Heritage Festival. The band won their first Grammy in 2012 for Best Regional Roots Music Album.

PJ Morton, who is no stranger to Grammy nominations, won his first Grammy earlier this year. The “How Deep Is Your Love” crooner took to IG to express his gratitude. “Wow! 🤯 3 GRAMMY NOMINATIONS!! 😩😩” he said. “PAUL … Best R&B album nominations 3 years in a row 🙏🏾🙏🏾 Best R&B song – ‘Say So’ .. shout out to @iamjojo for making it special!! ❤️.. & Best Traditional R&B performance – ‘Built For Love’ w/ @jazminesullivan !!” he continued. “Always grateful JUST to be in the number!! All independently! That’s the win ✊🏾.. Love to @mortonrecords @empire !!!” PJ also revealed that he is the first artist ever to be nominated for Best R&B Album three years in a row consecutively, since the category was created.

Grammy newbies, Tank and The Bangas and Lucky Daye seemingly rushed to their IG pages to spill the good news to their fans. “I’m on the other side of the world and I find out I’ve been GRAMMY nominated 4x’s for Roll Some Mo, and Real Games, and my debut album PAINTED !!” wrote Lucky Daye. “THANK YOU @recordingacademy #DAYEONES You love me and I love you billion back🍀 🤯🤯🤯🤯” Tank and the Bangas’ frontwoman, Tarriona “Tank” Bell, gave more of a subtle gush about the band’s nomination for Best New Artist. “For all the years. Grammy nominated baby,” she said. However, the band gave a motivating statement on their official Instagram page:

“We’ve been together 8 years. And it’s still new to us. We’re still figuring it out. But today we woke up being @recordingacademy nominated artist. We hope that gives you a little joy knowing that people like you and me can do extraordinary things and be recognized for it. #ThankYou #Bangaville #GreenBalloon #GrammyNominated #TankandTheBangas”

Master P’s Rap Snacks to Be Sold in...